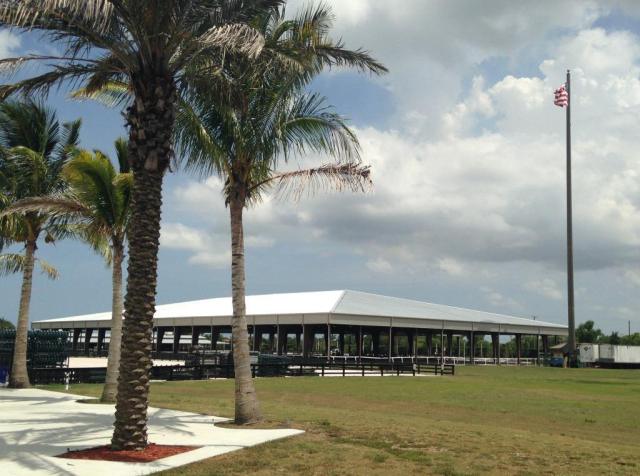 WELLINGTON — Although the battle over Equestrian Village has tempered in recent years, one lawsuit remains pending in Palm Beach County Circuit Court.

In one of many legal protests filed against the property, the Jacobs family sued in February 2012 to challenge whether the 59 acres Mark Bellissimo bought at the corner of Pierson Road and South Shore Boulevard were properly de-annexed from Palm Beach Polo and Country Club.

Bellissimo turned the land into a dressage venue, and the Jacobs family argues that change violates the promise to homeowners in Palm Beach Polo, who bought property under the expectation that the land would remain open polo fields.

Charlie and Kimberly Jacobs own a condo in the community’s Polo Island neighborhood, adjacent to the Equestrian Village property. The Jacobs family also owns the 200-acre Deeridge Farm, down the street off Pierson Road.

They have been the most vocal challengers to Bellissimo’s project because they oppose development in Wellington’s equestrian preserve. Equestrian Village lies along the northern border within that area.

The pending lawsuit has been prolonged by repeated postponements in the trial date. It’s scheduled for Dec. 1.

Charlie Jacobs declined to comment about the details of the lawsuit because it hasn’t been resolved, but he said of his family: “We’re very much horse people.”

“We are certainly very conscious of the environment and certainly very much pro-equestrian,” he said. “For people to say our actions are selfish or misguided, perhaps they don’t understand the principles that are really behind why we brought this litigation forward.”

In March, the Global Dressage Festival finished its fourth year at Equestrian Village. Like Wellington’s other main equestrian venues, it saw record attendance, participation and prize money during the 2015 season.

Leave a ReplyYour email is safe with us. Cancel Reply